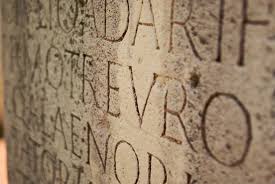 No one learns except by friendship [with the subject being studied]

The literal translation of this proverb is awkward and misleading. If we think of something we want to master as an adversary we are almost destined to never move beyond mere competence, although perhaps we never end up thinking of it as a friend because we are unable to move beyond the frustrating stage of having to consciously plan every our every move to reduce the chance of embarrassing fumbles. The activity does not begin to become “friendly” until some of its more tedious aspects become unconscious. Maybe it is wisest to assume whatever or whoever we are working on, with, through, or for will eventually become amicable – towards us, anyway.

Drive out Nature with a pitchfork; she will always return.

One of the running gags of the tragicomical sitcom called civilization is the widespread refusal to accept certain facts of nature and, by extension, to equate the acknowledgement of what is with an endorsement of how things ought to be. Whether it is the denial of the sex instinct, the Soviet attempt to replace Mendelian genetics with Lysenkoism, or the uncanny knack for religious apologists of all stripes to shove their heads deep into the mud when paleontological evidence clashes with their preferred creation story, people have a nasty habit of forgetting they are, as Aristotle said, situated somewhere between “the beasts and the gods.”

A shoemaker should not judge beyond the shoe

There are an overwhelming number of opinions in the world, although very few of them are unique, and even fewer are unique to one person. On any given subject even a well-read person likely has only one or two canned tangents prepared when it is mentioned (it is a wonder how no one has won the Loebner Prize yet – a typical human conversation shouldn’t be that hard to simulate – I’m joking, of course)

A shoemaker should not be the only person with a view on the topic. A podiatrist knows more about who will and won’t benefit from them and the person who has to wear them has to decide whether they are comfortable or not.

In other words, the proverb, as well as those who worship at the altar of (perceived) expertise, are assuming we are dealing with a good shoemaker with an omniscient knowledge of his craft and the needs of all those he services. But does the cobbler really need seven consultants to help him make a shoe for a baker? People have been making what we would call shoes for at least 7,500 years. Surely some wisdom has accumulated over seven and a half millennia.

You must either imitate or loathe the world

Seneca neatly summarizes the perennial dilemma of the thoughtful person. As philosophy became an academic discipline and philosophers became tenured professors the focus shifted from thinking about the ideal life, which seems terribly pompous nowadays. Over the last half century academics in the humanities (usually calling themselves “critical theorists”) and far too many laypeople appropriated and misapplied Einsteinian physics to every sphere of their everyday lives.

Seneca would not choose Scylla or Charybdis, or if he did, his mind would remain elsewhere. It may not be an entirely false dichotomy, but it is irrelevant to a Stoic.

Now is the time to drink.

Inebriation rarely offers any answers to our problems, but given the rollercoaster ride that was 2016, I believe we have all earned a glass of whiskey.