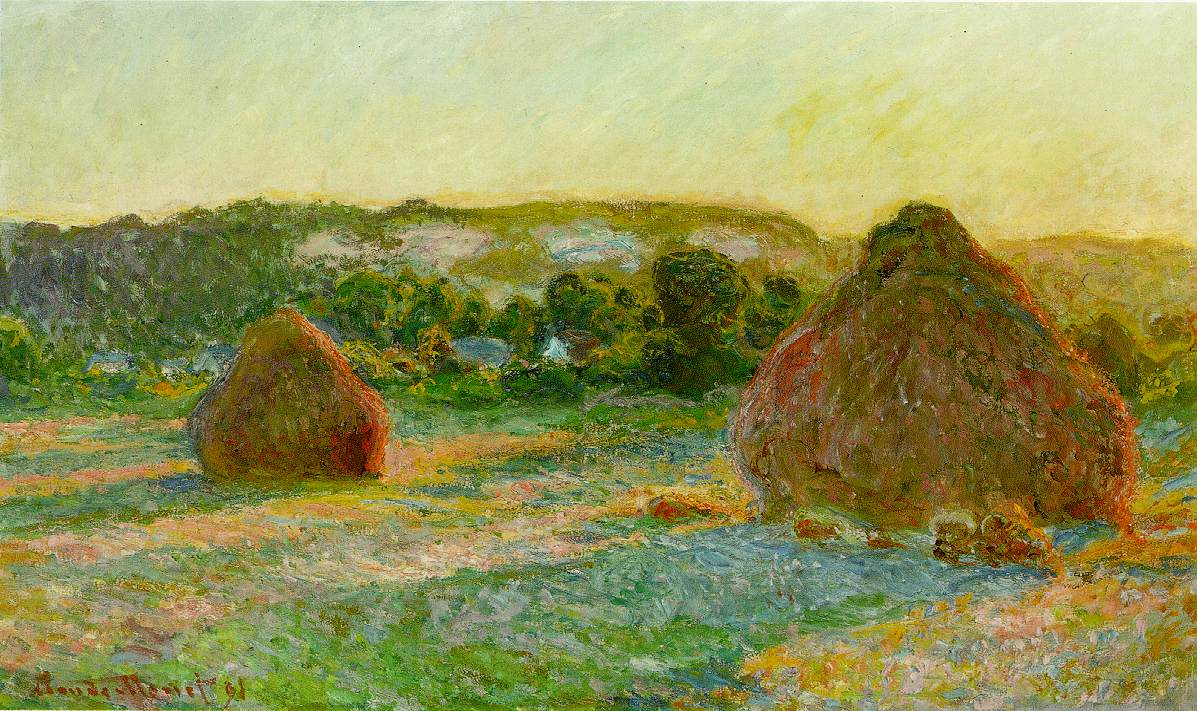 Wheat StacksIt is natural to long for something long gone. It is just as natural to want a feeling or experience to last longer than it ever could, perhaps even for it to become a permanent way of being, either at the time or, more commonly, when silhouetted by the softening light of hindsight. A tremendous amount of potential is lost to nihilism. The passivity it engenders only causes the afflicted to dig an even deeper hole, to waste more time, to rigidly withhold their energies from expenditure, and to feel increasingly disenfranchised from the dreams they prematurely deemed unreachable or meaningless.

Nothing in the universe is meaningless. Transient? Undoubtedly. Though even then it depends on how you define it. Approximately 300 million cells in our bodies die every minute, but barring hereditary disorders and unfortunate accidents, we live for many decades. To say it is without purpose is to isolate the part from the whole, a symptom of the rabid reductionism still endemic to scientific circles. The celerity of a mailboy, the virulence of a bacterium, and the temperaments of thunderstorms have all shaped the fates of nations. The characters of leaders and thinkers have been impacted as much by their life stories and their encounters with painfully ordinary people as they have by the achievements of their predecessors. To declare an action pointless is to forget it does not and cannot stand alone. Nothing comes from a vacuum. It is the result of countless causes, the chain to which it belongs is so intricate and delicate the doer can contemplate upon but never truly understand its craftsmanship or the craftsman.

For a Daoist meditation in motion is superior to sitting. Lord Krishna exhorts Arjuna in the Bhagavad Gita to faithfully execute his dharma as a kshatriya without any regard for victory or defeat. While some schools of Buddhism, particularly the Sotoshu, emphasize the importance of remaining silent and seated in zazen, this is not the case for all. Due to journalistic sensationalism  we are bombarded by editorials that are made out to be the final words on a matter. There is seldom a final word on anything. There is unstoppable change, unexpected detours and, dare I say, progress. As anathemic as the term may be to subjectivists, there has no doubt been a massive expansion of knowledge since the invention of writing and, I would wager, a commensurate increase in possible conscious states. As hinted at in the preceding paragraph, we must at once conceive of things as they are, but always keep in view their place in the grander scheme of things.

Are there perfect forms we can contemplate upon? Is there an entity called Truth that is as unequivocally perfect as an ideal isosceles triangle? I do not know if Plato’s Forms are somewhere in the clouds, but there is no doubt we can experience them. Climb the mountain, revel in the peak.