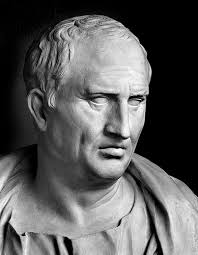 Alas, the fleeting years are flying swiftly by.

How do the years go by so quickly when so many days crawl by at a turtle’s pace? Decades, when looked back upon, seem like little more than dim bundles of unorganized sense impressions loosely related to things that once had meaning. The best protection from this phenomenon may be the conscientious furnishing of a lush mnemonic palace. A good memory is a good life. If some pompous patrician did not say this it at some point, I am saying it now.  Most of what we are, or believe we are, does not reside in the present or outside of ourselves.

Entities must not be multiplied beyond necessity.

Make no mistake about it, William of Occam made a profound statement here. His eponymous razor can and has been misused by both academics and laymen. For many self-proclaimed members of the “skeptic” community it seems their training in philosophy begins and ends with this tool. My issue is not with the concept itself. One would be hard pressed to find such a person outside of a Hegel convention. Parsimony is a better target to set our minds to than complexity, as such a search is bound to yield useless but fine sounding suppositions. However, what even a brilliant mind considers simple is vastly different from nature’s standards. Anyone who has read a page from an academic journal on a topic like biology or economics should be inclined to agree. Networks interacting with networks. There is nothing simple about them in any mundane sense of the word.

To be rather than to seem.

Would you rather seem virtuous or be virtuous? It’s not an easy question to answer. I would not fault you for choosing the former. This hypothetical does not reflect reality, though it does illustrate a feeling most of us have encountered.  Our self-evaluations of situations, wherein we are always misunderstood paragons of morality, must be tempered with the perspectives of others. For most mind blindness is a choice, not an inevitability. The same is true for self-awareness. Do not be deceived by others and do not deceive yourself. The two are not unrelated, by the way.

A supposition puts nothing in being.

This phrase should be plastered on the walls of philosophy departments across the country. High sounding terms and lofty theoretical frameworks built upon Focaultian dialectical asymmetrical masturbatory mythopoetic power dynamics may sound impressive, but without anything besides esoteric constructs, remain as incorporeal as an army of purple panda bears. Less so, in fact, since one could assemble such a force whereas one could never summon a tangible representation of the “critical” concept coined above.

I have erected a monument more enduring than bronze.

A statue may become a mere landmark. The piece often becomes more memorable than who or what it depicts. A poem, book, painting or thought can outlast bronze and stone. Actions can reverberate for centuries or millennia. Some figures may remain unknown to the general public, but if they were truly great they will remain revered by those whose respect is desirable.

From the foot of Hercules.

The term leadership is often tossed around. Poorly defined and overused, the word has lost its impact with me. More often than not it elicits a groan or a deep sigh. It is not as though I deny its importance, far from it, only that I am not sure if it can be taught. It’s not as though no one has studied it. Endless fields of shelves could be stuffed with all of the modern manuals on becoming a better leader. While there is a clearly a demand for these guides I doubt their usefulness. Not only because of the sheer number of variables involved in even simple management situations, but because it does not seem like a skill one can teach in classroom (or at all).

I may be horrendously mistaken in thinking of it as a quality more than a skill, but without a certain amount of innate talent would it not be impossible to become a concert pianist? Magnetism may be the best way to describe it. Should I conflate management acumen with charisma? No, I shouldn’t, but I am doing it anyway. It is hard to rise to the highest ranks of leadership without having a compelling aura. Where do you get one? I haven’t a clue. You tell me. Churchill, Roosevelt, Hitler, Gandhi and Stalin.  All were very different, they were all immensely persuasive men who, for better and for worse, shaped the destinies of entire nations.

I depart from life as from an inn, not as from home.

Over the course of our journeys inside and outside of ourselves it is natural to sometimes feel like a perpetual tourist wandering an alien planet. Time and distance have a way of making formerly familiar haunts and faces seem surreal, like images from a dream vaguely remembered. Here Cicero expresses a sentiment held by Socrates, the Indian Rishis, the Sufis, Pythagoras, Plotinus and many mystics before and after him. From where this feeling comes I do not know. Maybe it is the vastness and uncertainty of our world compel us to seek out something eternal and infallible. This quote, as you likely have figured out, ties the rest of them together.

Isn’t it wonderful when things work out?