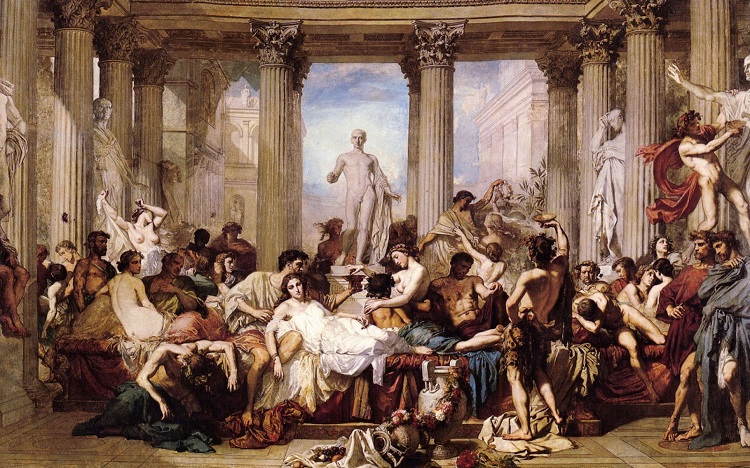 Socrates bemoaned the lax ethics of Athenian youth. The Confucians lamented the lack of filial piety in ancient China. The Romans deplored the loss of their virtuous Republic a few fortnights after the overthrow of the last Etruscan king. The Victorians never tired of finding depravity and immorality in all things. Even the Sumerians, who stood at the dawn of civilization, were quite convinced it was all coming to an end. The Greeks thought they were living in an age of iron and the religions of India contend this is the Kali Yuga. The Abrahamic faiths, and a few now extinct religions, have been eagerly anticipating the Last Judgement for thousands of years.

In other words, there has always been a strong desire for an apocalypse. There has always been an equally powerful desire among the elderly to denigrate the younger generations. A meme claiming empathy has decreased among young people since 1980 provoked this post. The website did not cite any sources for this claim, and the claim itself is as dubious as it is difficult to prove with scientific certainty. To add insult to injury the poster and the majority of her friends consider themselves skeptics. One particularly asinine comment insinuated that comfort creates sociopaths. Perhaps an overly accommodating home environment can aggravate antisocial personality disorders, but the evidence for this, as far as I know, is scant. Neglect and abuse tend to make most things worse, and sociopathy is no exception.

There is a notion that religion or culture can control or mitigate the baser parts of human nature. To deny this completely would be lunacy, but the differences in crime rates across the world are largely due to socioeconomic factors. As Shakespeare so deftly put it, “prosperity is the very bond of love.” Suitable housing, nutritious food, affordable medical care and well-designed social services can do more to create a virtuous citizenry than rousing but gutless rhetoric. Let us close with that tidbit of Old Testament wisdom: there is nothing new under the sun. No one is in control. No one has ever really be in control. Relax, the sky is still falling, but it hasn’t fallen yet.