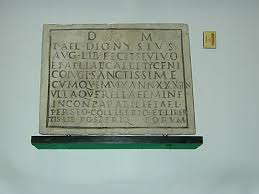 Damnation of the memory.

Mockery can elicit sympathy for one’s target. Persecution can turn scoundrels and knaves into martyrs.The ancient Romans instead attempted to erase the memory of a hated emperor as well as they could. O’Brien did not want to make Winston a hero by publicly executing him. He broke him privately, ruthlessly dismantled his convictions with logic and torture, and then allowed party goons to quietly eliminate him. In the end Winston was not a rebel or a free thinker or anything at all. He had always been inconsequential and so it was trivial  to remove him from the records. Dead men tell no tales, but others can tell them. No  one speaks on behalf of a nonentity.

Give way to your betters

In a fair society no one is better than anyone else. No one is better at typing or running or reading than anyone else? No, of course not. This is not fantasy land. Equal opportunities should be given to all, but it is madness to think people are somehow born with the same potential when features like intelligence, motivation and morality are shaped so profoundly by hardwired genetic and (partially random) epigenetic factors.

Only speak well of the dead.

Speaking of fairness… I think this became a proverb because we feel the dead cannot defend themselves. We also don’t want people to speak ill of us after we are gone (though I can’t imagine what difference unkind words make to a corpse).

What is said is done.

Swear by this motto and you will live a great life. Difficult, but rewarding.

Knowing how to explain a concept to different people not only tests one’s communication skills, but also a test of one’s knowledge. Creative analogies and concise explanations can only come from a deep understanding of a subject. While there are many intellectual featherweights who communicate well and many brilliant people who consistently fail to express themselves clearly, there is no reason one cannot be bright and eloquent. Insights that cannot be shared are buried treasures. We are not judged by what we say, or even how we say it, but how it is heard.

Most people crave excitement in some form or another. The dimwitted gangster (he insists on calling the man he believes is his guardian angel “Fats”) in the classic Twilight Zone episode A Nice Place to Visit is quickly bored by the charmed life in what he believes is heaven. I would argue some personalities would be quite content in the “hell” of that episode, but most would eventually find unlimited success excruciatingly dull. People want meaning and, for some asinine reason, we associate danger with purpose. Maybe because it is a excellent distraction from purposelessness.

As long as one is alive there is a chance of things becoming better. Death eliminates the possibility of improvement.