IDRA 21 (7-chloro-3-methyl-3,4-dihydro-2H-1,2,4-benzothiadiazine S,S-dioxide) is an ampakine drug and a benzothiadiazine derivative with nootropic properties. It is “very likely IDRA 21 exerts its behavioral effects by antagonizing AMPA receptor desensitization.” Ampakines stimulate glutamatergic AMPA receptors. This enhances concentration and attention span, making this class of drugs interesting candidates for the treatment of learning disabilities as well as general enhancement. Too much glutamate can result in anxiety or nervousness, too little in inertia and apathy. As a chiral molecule only one enantiomer is pharmacologically active. A single dose enhances cognition for up to 3 days. This is quite interesting as racetams, though they display cumulative effects, are not nearly as potent when taken only once.

At this time no human studies have been conducted and exact dosages are not established, although users commonly start with 5 or 10 mg.  However, as Impagnatiello observed, “since doses of IDRA-21 that enhance cognitive processes in rats and monkeys are several orders of magnitude lower than those required to elicit marginal neurotoxicity in cultured neurons, it can be surmised that IDRA-21 is a potent cognition-enhancing drug virtually devoid of neurotoxic liability because it acts as a partial negative allosteric modulator of AMPA receptor desensitization.” Cyclothiazide, which is also benzothiadiazide, is an anti-hypertensive and diuretic. It is not known whether IDRA-21 shares these properties or not. Cyclothiazide can also act as a convulsant in rats. For this reason people with a history of seizures should avoid benzothiadiazides.  Macaques given huperzine A, a comparatively popular nootropic which reversibly inhibits acetylcholinesterase and has shown some promise as an Alzheimer’s drug, did not improve performance on visual recognition tasks. IDRA-21, however, helped significantly with “performance on long delays of the task with high mnemonic demand.” Users who expect a general and noticeable improvement in cognition may be disappointed unless they are doing particularly demanding work. However, human beings, who are faced daily with many more difficult puzzles than their fellow primates (and are able to present themselves with problems if environment offers none) are likely to reap these rewards. The research group concluded this supports its usefulness as a therapeutic agent. One can also extrapolate possible recreational uses from the results. In his paper Kevin Yamada speculates that because “AMPA modulators facilitate long-term potentiation, which may be important for memory storage, and facilitate memory encoding in behavioral experiments, [they] “might ameliorate memory deficits that occur in dementia.”

IDRA-12 has proven effective at reducing memory loss induced by scopolamine and alprazolam, in fact, “it can be estimated that IDRA 21 is approximately 10-fold more potent than aniracetam in antagonizing alprazolam-induced learning deficit. ” It is also between 10 and 30 times more potent than aniracetam in reversing the negative effects of these drugs. This alone would suggest potential clinical and recreational uses for IDRA-21 in treating various types of amnesia and long term memory loss. Alarmed by a study suggesting IDRA-21 worsens hippocampal damage initially incurred from ischemia from excitotoxicity (which is not unexpected from a molecule that exerts such a dramatic effect on the glutamergic system), even bold neuronauts have been reluctant to try this promising new compound. Some users have reported increased aggression and emotional swings while under its influence, even with doses as low as 10 mg. As stated above, excessive glutamate can indeed cause behavioral changes. As it is with restaurants, those who have had negative experiences are more likely to report than those with neutral or moderately positive ones. The sample size, which amounts to less than a handful, is far too small to extrapolate anything from. There are only two reports on Reddit and two on Longecity. Given the number of factors involved in the outcome any individual case, including the purity of the powder itself, one should take these accounts with a grain of salt.

One group studied its impact on synaptic transmission and long term potentiation. They found it “significantly increased the amplitude and half width of field ESPS [excitatory postsynaptic potential]” in rodent hippocampal slices. This temporary depolarization of the postsynaptic membrane causes positively charged ions to flow into the cell. More interesting is its inducement of long term potentiation, which involves the signal transmission between two neurons. It is thought to be partially responsible for the phenomenon of neuroplasticity. LTP is also involved in learning and memory. Initially discovered in a rabbit’s hippocampus, it is now known to also occur in the cerebral cortex, amygdala and cerebellum. LTP in the hippocampus is needed for the acquisition of new skills and something that stimulates it above average levels for a prolonged period of time could, in theory, accelerate the learning process. The hippocampus, a seahorse structure, is among the first structures to suffer damage at the onset of Alzheimer’s disease, and is primarily responsible for the formation and retention of episodic and autobiographical memories. Although much more needs to be learned about IDRA-21, at the moment it shows promise as a means of illuminating unexplored crevices of neuroscience and in treating debilitating disorders of the aging brain.

Qi, Jinshun, et al. “Cyclothiazide induces robust epileptiform activity in rat hippocampal neurons both in vitro and in vivo.” The Journal of physiology 571.3 (2006): 605-618. 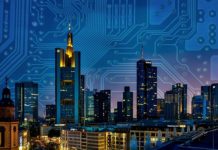 Rhythms of the Brain by György Buzsaki: Review and Excerpts