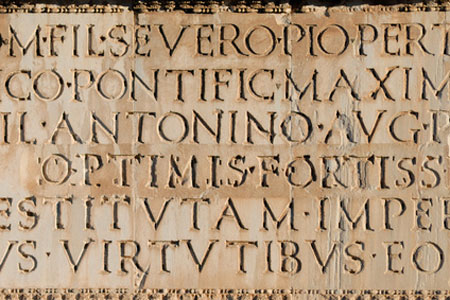 Abuse does not nullify proper use.
(But does it have a use?)

A potential for abuse should not negate an idea or object’s useful properties. It should not move a legislative body to ban it. In many instances it should not even negate it. It would be absurd to put restrictions on all of the common and necessary items that can be used destructively: knives, household cleaners, baseball bats, automobiles, model glue, pens, pencils and, of course, handguns. A civilian does not need a working bazooka or a petri dish of ebola viruses.

Hell calls upon Hell. To quote the Doobie Brothers: “what were once vices are now habits.”

One poor decision leads to another. When we put ourselves in unfavorable circumstances we find our situation frequently worsens exponentially. It takes only one wrong turn before we are hopelessly lost. As F. Scott Fitzgerald wrote: “first you take a drink, then the drink takes a drink, and then the drink takes you.” External factors are not always to blame. Our actions and the way we justify them are often the sole cause of this slippery slope. We do not walk down the alley and trip by accident. The plummet to the bottom is littered with chances to climb back up. By eating one donut you have broken your vow. You may as well eat them all. Your pancreas and arteries would beg to differ, but all or nothing thinking is common in individuals and groups. We need no reason to indulge ourselves. There is always an excuse.

Do what you’re doing.

Focus on what needs to be done. This seems impossible in an age in which we’ve all convinced ourselves we are terribly busy (so we busy we must spend a portion of our time telling people we are busy (this has some benefits no doubt, as it is always better to be perceived as dilligent than lazy, but we are veering off topic and I am running out of parentheses)). Do not delude yourself into thinking you are getting more done by splitting your attention. In a broader sense the quote reminds us we must decide on how to spend our days, months and years. Ultimately we must do what we are meant to do or spend our lives in idle indecisiveness brought on not by sloth or a dearth of thought, but an excess of it directed into to many divergent streams. Polymaths are rare and even they must concentrate fully on a difficult task.

One jackass scratches another.

Most groups are neatly summarized by this proverb. Propaganda need not be manufactured by a central agency; it appears to be an emergent property of human interaction. Years ago an ordinary person could not easily amplify his voice by the credibility the written word lends to an idea. Now any moron can post picture with words on it. True literacy is not required. Welcome to the internet. Far from being a place where new ideas are introduced to receptive minds, the enclaves of the internet, like organizations in the physical world, serve to reinforce old ideas. This is comforting because the conversations on online communities are predictable and repetitive. The so-called “free thinkers” of the internet post the same hacknyed memes exposing the same obvious flaws with organized religion.

I recognized problems with Christian theology when I was 8. This is not a point of pride; it is  factual statement. Ergo, I’m not impressed when a 40 year old man discovers inconsistencies in the Bible or  he smugly smiles in anticipation of applause from his comrades. The internet is a massive circle jerk. Google Circles was honest enough to put the word in its title. This boldness is at the root of its failure as a social network. Now we need not ever read blogs or newspapers that disagree with our core beliefs. We need only to log into Facebook or Twitter. Armed with thousands of bite sized factoids hastily crafted by a zealot who likely lives in a basement, we can go to sleep knowing our cause is just and we are “right” about everything.

From words to blows.

A verbis semper ad verbera seems just as truthful, perhaps even more approriate if we are talking about America. Arguments escalate. Rarely are they resolved without some snarkiness and several ad hominems. Yet, as tempting as it may be to attack one’s opponent verbally or physically, it is best to keep one’s mind on the topic itself. Age quod agis. These words hard to live by, but they are should become a mantra to those disenchanted with a society that seems to exalt inattentiveness. Until we meet again….