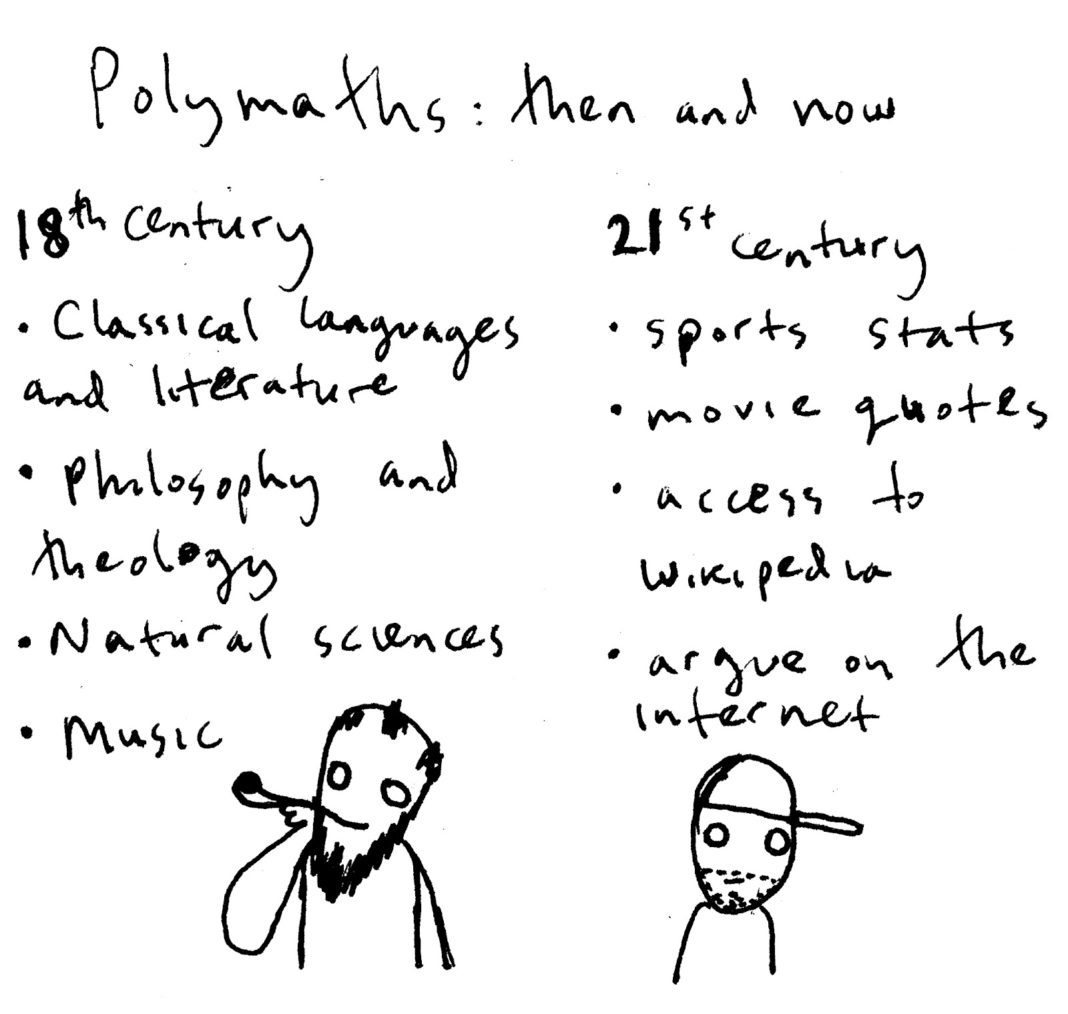 We are incredulous when someone claims to have mastered a single field. We are infinitely more skeptical of someone who claims to have mastered many. However, mastery approaches a limit, one in which minor alterations are less and less noticeable. In the sciences this may or may not translate to more contributions. A fecund mind, like von Neumann’s, can contribute to many fields. Along with a peerless command of mathematics, Neumann had an eidetic memory and an almost unrivaled capacity to juggle huge amounts of information. In other words, he had the right tools to tackle unresolved and unrelated problems. He did not need formal accreditation or decades of experience in each, which, sometimes can be cumbersome to academics. The analogy between academic subjects and archery is strained; though the fundamentals remain stable, physics changes constantly, shooting a target with a bow does not.

This means the term “mastery” is misleading when applied to a fluid endeavor. Moreover, an encyclopedic knowledge of the subject in which a problem may arbitrarily reside (the lines between different disciplines are frequently blurry) is not necessary to a person wishing to solve it. Einstein preferred to work from first principles, for instance. Intelligence and memory are not the same thing. Kim Peek, the fellow who inspired Rain Man, should have been greater than Hamilton and Clerk Maxwell put together, but, alas, he is merely an idiot savant. Potentially helpful. However, approaching a task as a tabula rasa can be beneficial. If we are bogged down by unnecessary presumptions we are less likely to break new ground. This is one of the reasons older scientists may have difficulty accepting new information. There are countless controversies, ranging from the atomic theory to dual nature of light, that illustrate this detrimental phenomenon.

As I chronicled in my documentary about Thomas Young, polymaths are occasionally the targets of criticism, springing from real and imagined perceptions of their approach to life. In Young’s case the attacks were fueled primarily by envy. Although he made errors in his translation of the Rosetta Stone, even an accomplished linguist could err when dealing with a language no one had heard spoken since the fall of the Roman empire. Pseudointellectuals believe no can possibly juggle more than they, which is precisely why figures like Goethe, Da Vinci and Young have had to tolerate insults from uninformed detractors. Though these figures have long since disappeared into the mists of history. Polymaths see connections; this not only makes them better suited for many tasks, but it makes their lives richer.